Yoldon is imposing. He stands well over six feet tall, with an angular face and short-cropped black hair. He has a stern, almost angry expression.

Yoldon is intelligent and knowledgeable, but he is cynical and mistrustful. He prefers to remain aloof, instead of socializing with others. He is not very helpful to others.

Yoldon was born in a small village in the northern woods. His father had died from illness not long before he was born, and his mother was always tired and in ill health. Yoldon grew up in poverty, and had to work hard to help his mother earn enough to eat. When he was ten, another disease swept through the village. Yoldon's mother was one of the first to die, and his only kin. For the next ten years, Yoldon worked as a day laborer and sometimes as a servant, but he never stayed in one place for too long. As he got older, he learned a few spells, and eventually took to wandering the world.

Yoldon is a sorcerer, and will cast a cone of frost, followed by a random spell. He will then teleport away, and then cycle through his spells, casting a different spell each time. If cornered, he will cast a Fireball at the party.

Yoldon carries a dagger, which he uses to stab an enemy he's been attacking with his spells. His spell casting will depend on what his hands are holding, but he prefers daggers, which work well with his spells. He carries four torches, which he will light and throw at an enemy. He has a Scroll of Greater Invisibility, and will cast it on himself, after which he will hit someone with a dagger, making himself visible. He carries a Potion of Superior Healing and uses this when he is low on health.

Generated by GPT-3 and lightly edited by a human.

I have a seperate collection of unique RPG random encounter tables (and more) for fantasy tabletop RPG campaigns available now at Amazon as an ebook or softcover...

Get this Random Tables Book at Amazon and help support me creating more FREE RPG tools. Thanks!

Hello. I'm Paul Bellow, a LitRPG author and creator of this site with 1000's of Free D&D Random NPCs. I also run LitRPG Adventures, a set of advanced RPG generators and a growing library of RPG content generated by GPT-3 API from OpenAI.

Thanks for checking out the site. I hope you find it useful! 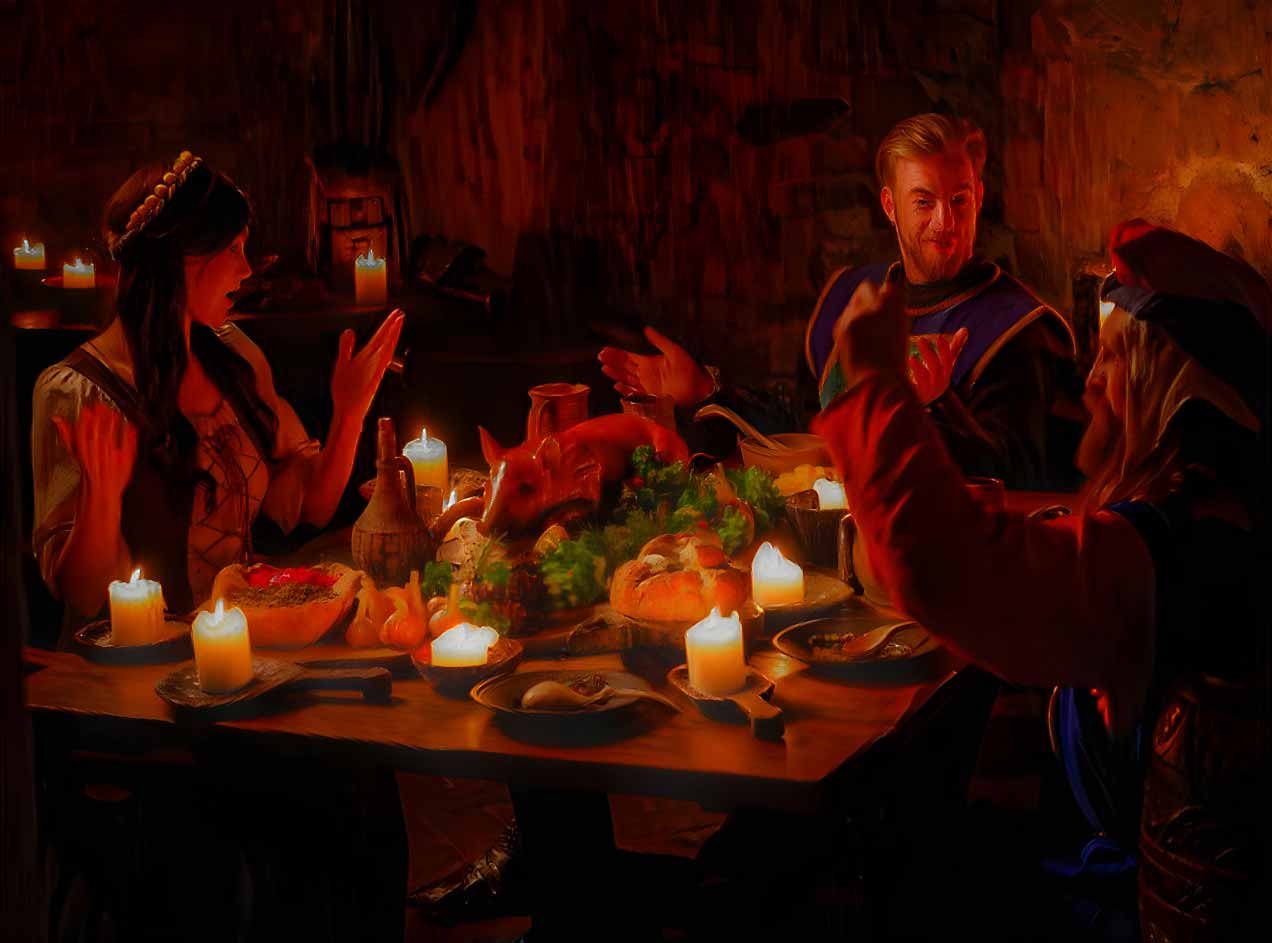